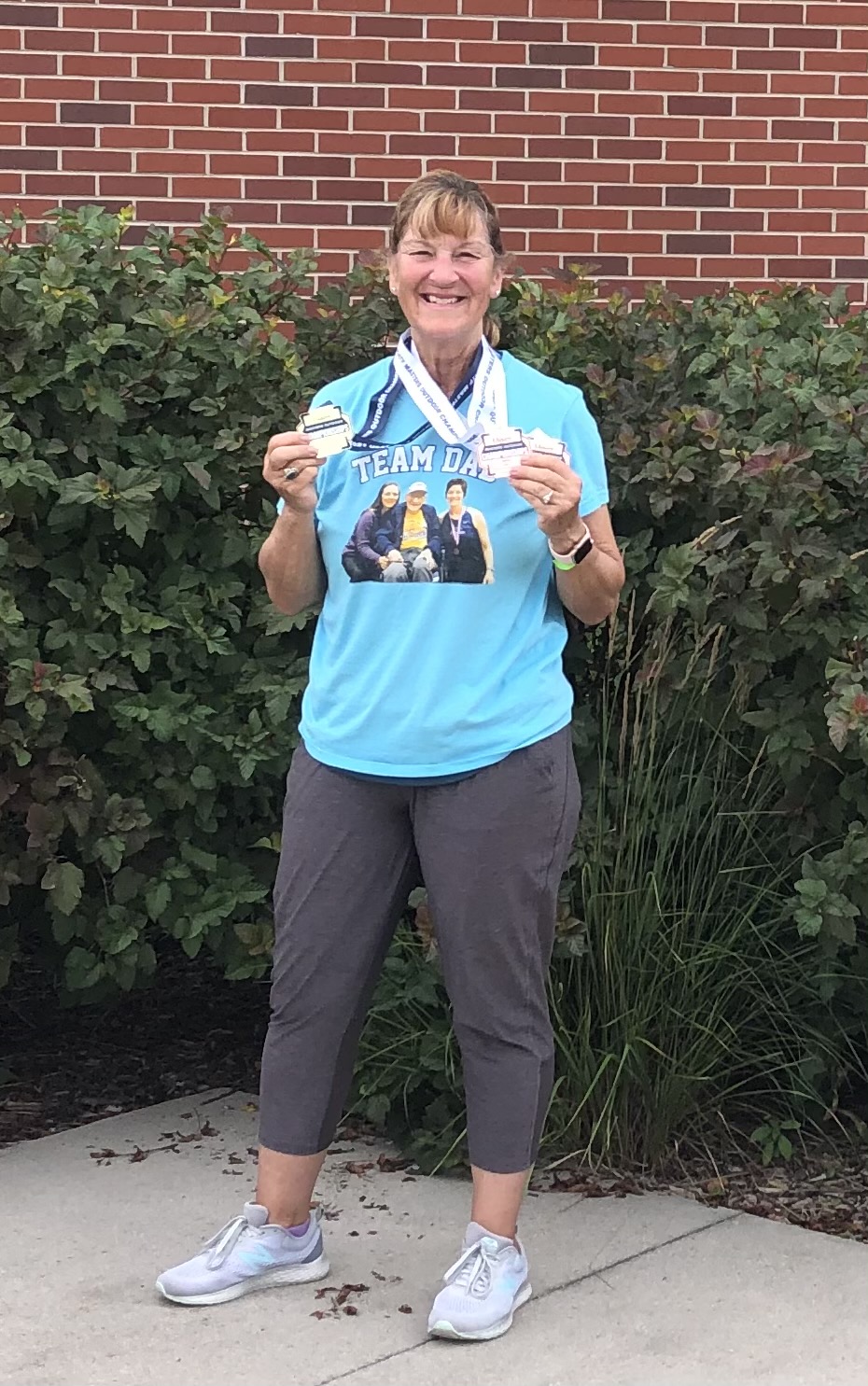 Linn Dunton I started track in junior high and was then coached by my mother in high school. I did almost all of the events excelling in the heptathlon and throwing events. My sophomore year I sustained an injury in gymnastics which was my first love. After a spinal fusion, the doctor told me I would not be able to return to gymnastics. A year later I decided to try the javelin. Decades later I now know how hard that is to do much less with a fused spine. That year I qualified for the Jr. National Championships and set the state record. As a senior, I qualified and competed in the USATF National Championships.

After graduating I attended Seattle Pacific University where one of the Olympic Coaches was. I met my husband, fell in love, and moved to San Diego once he graduated. I finished my last 2 years of college at San Diego State and competed for them. It is there I threw my lifetime best throw of a little over 52 meters (173') My ultimate goal had always been to make the Olympic Trials which I did. I had the opportunity to compete in the USA Olympic Festival in Colorado Springs where they took the best athletes in the US and divided them into 4 regions to compete against each other as regional teams. My team won the meet. I was invited to join the USA Athletes In Action track team. We toured Europe for 6 weeks and competed in 2-3 meets a week. It was a way to honor God who gave me the talent I had. It was one of the best experiences of my life.

My mom and I were able to compete together in two Masters National Championship meets in all of the throwing events. I did standing throws in a meet a week before our oldest daughter was born. At the time that didn't seem so strange to me. After starting my family I stopped competing and moved into coaching at the college and high school level.

In 2007 I was diagnosed with cancer and had to step out of coaching to fight the fight that I won. That experience made me realize life is too short to put things on hold that you love and bring you joy. I went back to throwing in 2009. I heard about the weight pentathlon and decided to learn hammer and the weight throw so I could compete in that event. I was super impressed with one thrower's marks in the javelin and I really wanted to meet her. That thrower was Linda Cohn. We met and became fast friends. I now have over a decade of crazy, fun, wild memories of all the places we have traveled to, meets we have competed in and interesting stories to tell our grandkids. She is the one who talked me into joining the Striders. It is a decision I will never regret. I throw now for the camaraderie, the competition, and the joy of helping others get better at what they do. 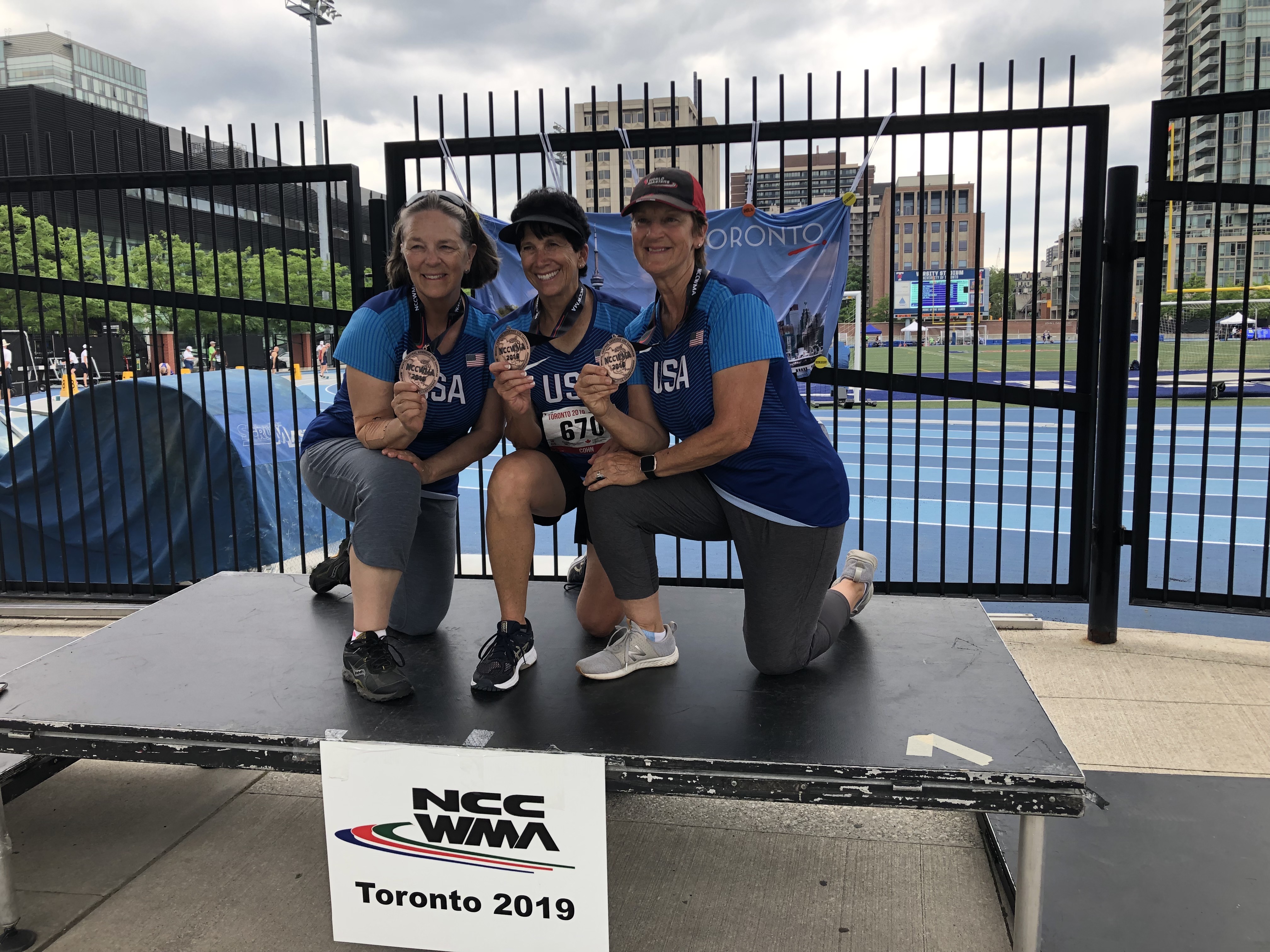 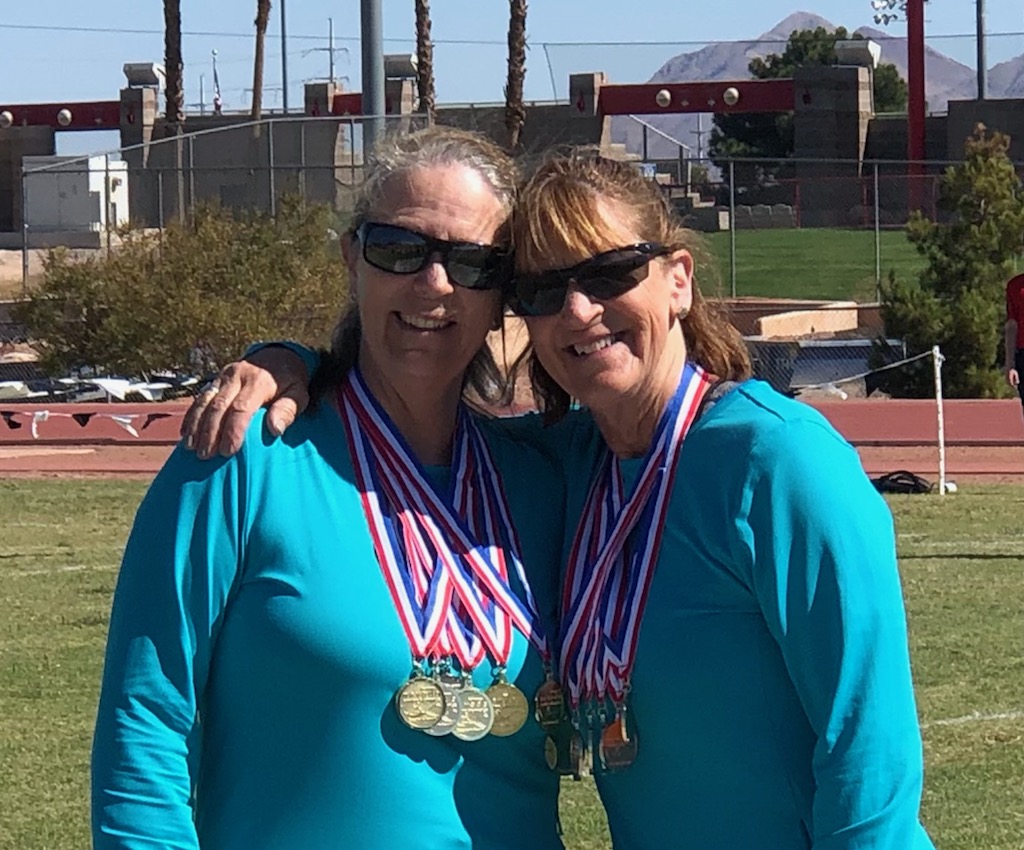